Chairman of Batyr Komir Local Trade Union Kairula Turatayev reported on the work done for the last year for his colleagues. The reporting back conference took place in Oner city culture center. Over 90 delegates came to the meeting.

The meeting participants were Deputy Chairman of Trade Unions Federation of the country Mukhtar Tinikeyev, Chairman of Kazakhstani Branch Trade Union of Power Engineers Orazbek Bekbasov, Head of the Regional Association of Trade Unions, Deputy Regional Maslikhat Dinara Aitzhanova, Head of Administration of Samruk-Energy JSC Head of the Board Mukhtar Altynkhan, Director of Security Department Nariman Akylov, Advisor to Chairman of the Board of the joint stock company Murat Amralin, and Director for Personnel and Social Policy of Bogatyr Coal LLP Azat Makenov.

Greeting the gathered people Kairula Turatayev reminded that the local trade union had been working since last year. At present over 6,400 employees of Bogatyr Coal LLP and almost 150 pensioners are its members. By the data of the reporter, six sittings of the executive committee were held for the reporting period. The work of the trade union is many-sided but amongst its main tasks there are to present interests and protect legal rights of employees.

– As the representative of employees Batyr Komir Local Trade Union is interested in observing the collective agreement as it contains a higher level of social privileges, rights and guarantees than in the acting legislation, - the speaker underlined.

K. Turatayev advised that for the last year 19 appeals were submitted to the special conciliation commission. Thanks to the work of the trade union seven orders were cancelled in favor of the company employees.

– In the context of the address of President of the republic Nursultan Nazarbayev Batyr Komir Local Trade Union sent a letter to the shareholders with a request to increase wages to employees by 30-50% (in addition to salary indexation by inflation percent in the region), – Trade Union Chairman noted. – Petitions were also sent on paying bonuses to Miner's Day in the volume of 100% of base payments, necessity to resolve the issue on sanatorium-resort therapy for employees, quality and deficit of special work wear, personal protective equipment, etc. Recently we were given recommendations on making an independent calculation of employees' wages depending on grades, specialties, and taking into account coefficients and additional payments for harmful and hazardous labor conditions, and then to submit the calculations to the enterprise administration for their consideration. We will obligatorily work on this issue.

After the written address to Chairman of the Board of JSC Samruk-Energy the local trade union managed to coordinate the issue on concluding a contract for sanatorium and report therapy with health center of Belokurikha. By the speaker, this year they will do it by the purchase from one source omitting a tender what will allow saving a lot of time.

K. Turatayev underlined that among other things the trade union also worked actively on organization of leisure time, rest and rehabilitation of the company employees, carried out the great cultural work, rendered charitable assistance to needy people. For example, last year over 40 million tenge were allocated in total.

Summarizing the report the speaker noted the trade union and administration of the company are social partners.

– We always state about our readiness to resolve problems and conflicts at the negotiating table. For these years we managed to achieve a lot but life does not stand still. We always want to improve the social position of our employees. We will continue doing it in the future, – Kairula Turatayev concluded.

By the way, the participants of the meeting also watched the video report on the work of Batyr Komir Local Trade Union for the last year. The members of the review commission also made a report.

Nevertheless, the debates were hot. The miners criticized the report of the review commission, asked questions, made notes and proposals.

During his report the native of Karaganda, former miner, and now famous Kazakhstani public and political figure, ex-Deputy of Mazhilis of the Parliament of the republic, Deputy Chairman of Trade Unions Federation of the country Mukhtar Tinikeyev underlined that the power was in unity, that is why any collective should be team-oriented properly.

By the way, the miners made a decision to take the report of Chairman of Batyr Komir Local Trade Union Kairula Turatayev in consideration. As for the report of the review commission then by the results of the voting the mines also approved it after all... 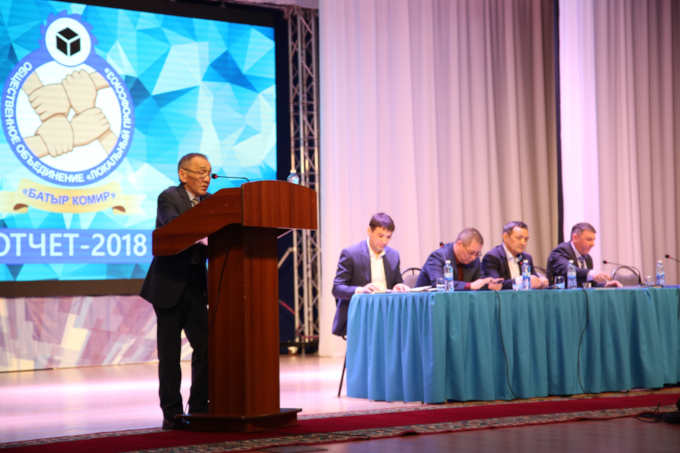 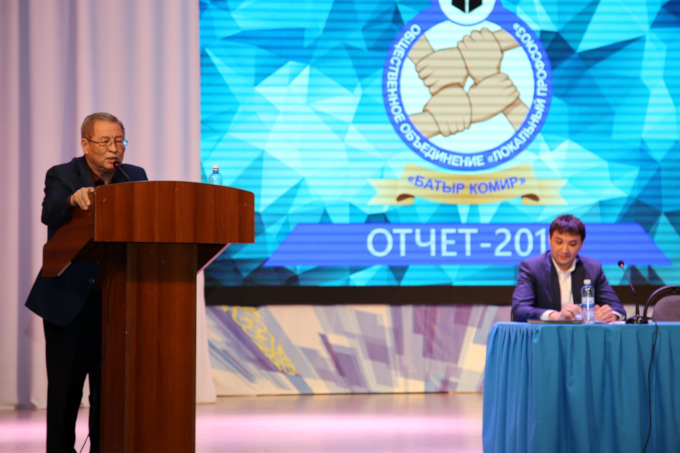 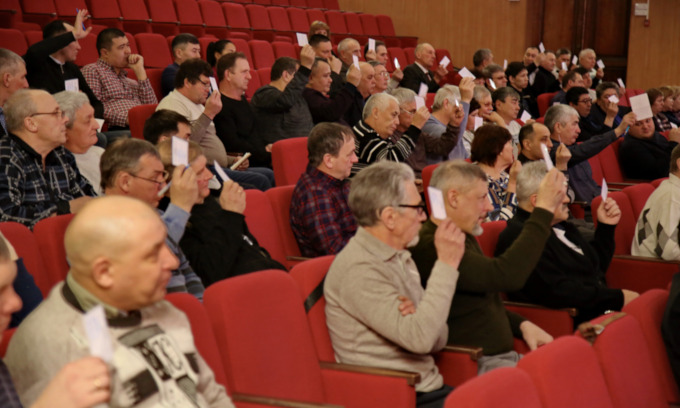