Debut from the soul: verse about sport

Gena Golovkin, you are invincible!

Gena Golovkin, you are irresistible!

No Canelo will overcome you.

Because box is business, it's not a secret,

That is why, referees give a false answer!

Even after the fight you were leaving DECENTLY,

Not making excuses, not crying you were telling the truth

That Canelo lost that battle...

At the same time T-Mobile Arena supported you.

Everybody knows the truth, who the real champion is,

And who will get own back and come to fight...

You will prove the truth, who is who, that there are no competitors for you...

"We wish you to always win", - they wrote to you

And Canelo is responsible for the graceless battle with you!

Bogatyr Coal is always with you!

We watch your battles and we are proud of you!

Our General Director is your fan, he was outraged very much

When a referee made its verdict like he is God...

You should know you are not alone, we are together with you

We will win a battle with our common Bogatyr spirit!

This is the verse full of various emotions and strong fan support generated by our colleague, Power Dispatcher of Chief Power Engineer Service Nariman Sattarov after the scandal battle between Kazakhstani boxer Gennady Golovkin and Mexican boxer Saul Canelo Alvarez. The thought on writing his poetic debut on paper appeared on the eve of the marathon in support of GGG announced by Bogatyr Coal LLP, which found support in other regions of the country.

The sports spirit is not foreign to Nariman - he himself is a sportsman-fighter like his father, famous judoist, master of sport, prize-winner of many town, regional, republican, and international competitions, Deputy Director-Head of Overburden Complex of Bogatyr mine of Bogatyr Coal LLP Serik Sattarov. Currently the Sattarovs took a little pause in going in for sports but both of them are active in watching the active sports life in Kazakhstan and on international sport arenas. Both of them were fans of our Gennady, both of them were outraged, and also both of them are now happy because of his steady victories.

- I know how medals are gained, what efforts are needed to get them. I know by my experience, by the experience of my father, my uncle Yerlan Sattarov, who worked in the company as Deputy Chief Engineer on Railroad Transport and also went in for fighting, and by the experience of my friend-fighter, Road Foreman Damir Smagulov. Fortunately, I am not aware of bitterness of unfair defeats, that is why I feel pain for our boxer, - Nariman says.

However, as people say, "every cloud has a silver lining". The negative and annoyance were slopped over, by Nariman's surprise, into a verse, which was unknown to him till the present time. He managed to do it well, especially for the first time.

Probably, very soon Nariman Sattarov will be able to rhyme some more words and even compose a beautiful melody making an emotional song. He can play the guitar. His friend Alisher Sadykov taught him to play it during their study in the technical secondary school. That is why, just one small thing is lacking. It is never late to open new talents in oneself.

Photo from the family archives of Nariman SATTAROV. 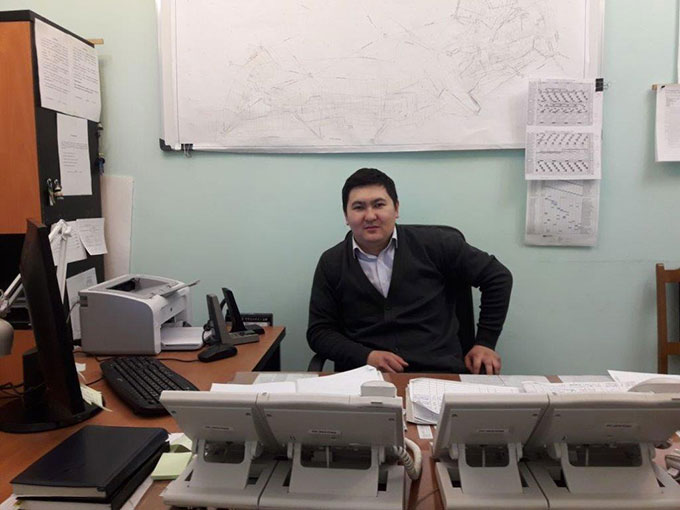 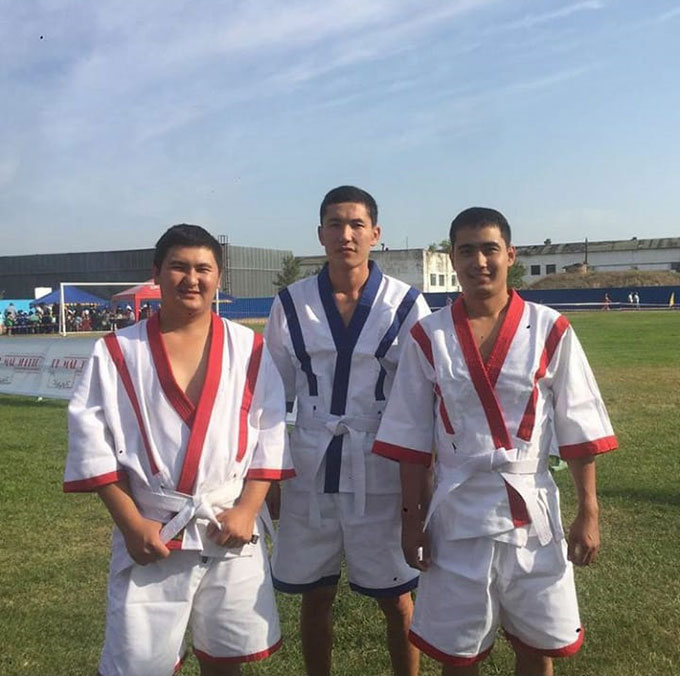 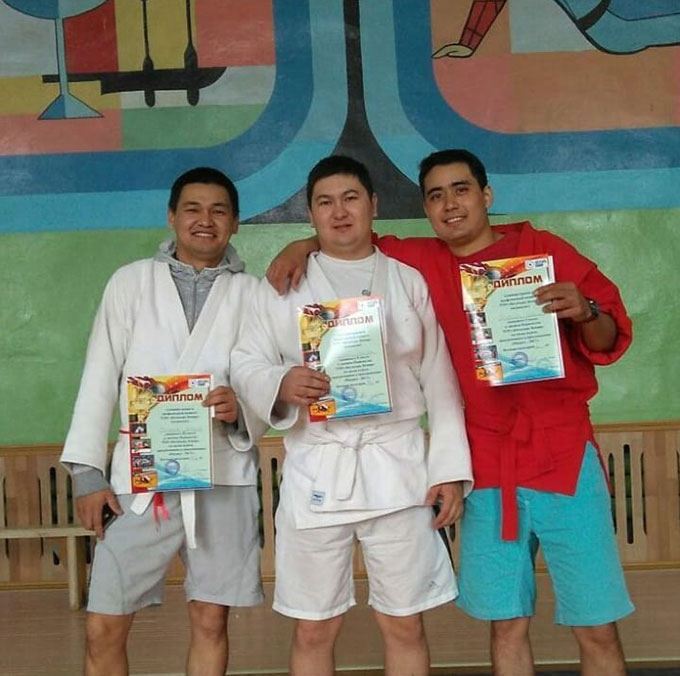